Home / Tech / 3 girl gets kidney thanks to 3D printing 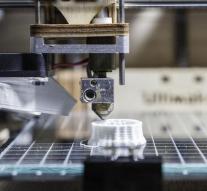 london - A three-year Northern Irish girl has received a donor kidney from her father thanks to advanced 3D printing, reports The Guardian.

Antrim Lucy was born with serious heart and kidney abnormalities. Two months ago she was old enough for a kidney transplant, her father Chris was deemed suitable to cede his kidney to his daughter. To precisely determine how an adult kidney into the belly of the child should be transplanted, is normally performed a risky exploratory surgery.

Because doctors at Guy's and St Thomas' Hospital in London used the latest technology, this operation could be omitted. With a 3D printer were replicas of Lucy's belly and kidney from her father printed, which could be determined exactly how the transplant to be performed.

Two months after making transplantation both daughter and father well.