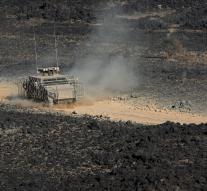 sanaa - For the second time within a few weeks by a bombing in Yemen killed during a wedding party. This time, a banquet hall in the city Sanban affected where three newlywed couples celebrated their commitment. Certainly 51 people were killed , including three two brides and grooms.

In late September were 131 participants at a wedding party in western Yemen by an airstrike. In both cases, the coalition led by Saudi Arabia would be responsible for the attacks.