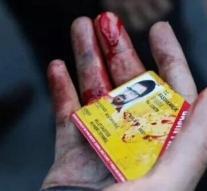 - The United States is " deeply concerned " that there is pressure exerted on media and individual journalists around the Turkish elections. Which the White House said Monday.

Washington was reacting to reports that critical media in Turkey is gagged. According to the spokesman of the White House, the US called on Turkey to respect the constitution.