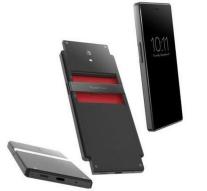 - When the first of separate modules built Google phone appears on the market is not yet known. The first competitor, the Finnish Puzzle Phone, hopes to September next year to see the light. Provided that it knows enough to attract investors.

The Finnish company Circular Devices for its Puzzle Phone crowdfunding campaign started on Indie Gogo. On the first day knew about $ 40.000 to retrieve the target amount of $ 250.000.

The puzzle consists Phone as Project Ara of several building blocks. The biggest difference between the two concepts is the number of modules. Project Ara knows modules for individual features, while the Puzzle Phone is divided into three elements.

The Backbone consists of screen, speakers and the base frame, the Heart includes battery and secondary electronics and the Brain, processor and camera modules on board. The three elements are separately renew without having to replace the entire phone.