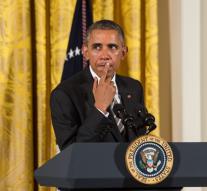 - US President Barack Obama has personally apologized to MSF for the bloody raid on a hospital of that organization in the Afghan city of Kunduz. That the White House on Wednesday. Obama telephoned the head of MSF, Joanne Liu.

The attack on 3 October lost 22 men killed and thirty people gewond. In the interview with Liu said Obama, according to a spokesman for the White House that the US investigation into the incident transparent, thorough and objective will be to establish the facts.

If necessary, make changes to Obama as a new drama in Kunduz to voorkomen. In a phone call to Afghan President Ashraf Ghani Obama expressed his condolences over the loss of life. The US military has already recognized that an attack was wrong.