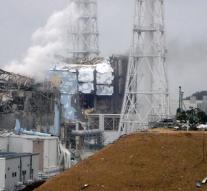 - A former employee of the Fukushima nuclear plant in Japan got leukemia from radiation that was released after the tsunami and earthquake of 2011, the Ministry of Health reported Tuesday .

It is the first time that the Japanese authorities confirm that a person has leukemia contracted by exposure to radiation from Fukushima. This took place between October 2012 and December 2013 during cleaning operations.

A massive earthquake and subsequent tsunami on March 11, 2011 killed nearly 19 000 people and devastated the Fukushima nuclear plant. Due to the radioactive radiation 160.000 people had to flee their homes.