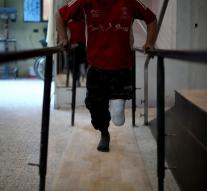 belek - London hosts an international conference on Syria in February. The consultations should provide money for Syrians who have been driven from their homes or deposited into poverty. Britain, Germany, Norway, Kuwait and the United Nations, which announced Monday.

The uprising in Syria broke out in 2011. Since then about a quarter of a million people were killed. In addition, millions of Syrians have fled to neighboring countries and to Europe. " The international community has a responsibility to the vulnerable and help the 13.5 million displaced in Syria and 4.2 million refugees. We need to do more ", said the five in a joint statement. They say that billions of euros are extra required.