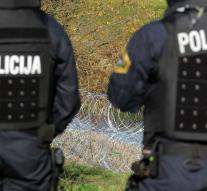 budapest - The Hungarian anti- terror police last week arrested four people who were traveling with explosives in their car to the capital, Budapest. It was also a place where bombs were discovered in a house made, reported the chief of the special police unit Tuesday. He could not say whether the suspects have links with Islamic militants. Probably the next few days, more is known about it.

What the men with the bombs were planning is unclear. The counterterrorism bureau in Hungary has increased the security of high-ranking officials. According to the agency the suspects emerged during investigations surrounding the security of the officers.

After the men were arrested, the police searched his house where the equipment was discovered for making bombs.