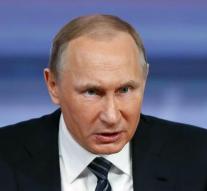 - The European Union has extended the trade sanctions against Russia Monday to six months. They were due to expire on January 31, but will remain in force until July 31, 2016, the 28 member states decided on Friday in Brussels at the official level. The EU Council of Ministers endorsed the move Monday in Brussels.

Western sanctions imposed over two years ago due to the Russian intervention in the conflict in Ukraine. The EU demands that Russia fully implements Minsk peace plan.

Russian President Vladimir Putin, the pro-Russian separatists in eastern Ukraine as far as getting them to contribute to a solution to the conflict. Only then there is a view of easing economic sanctions. The Kremlin blamed the EU Monday that enforcement of the sanctions Kiev encourages violating the peace agreements reached in Minsk between Ukraine and the separatists.