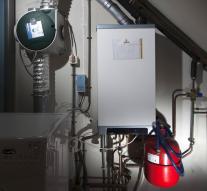 lyon - A school in Lyon is evacuated Monday as dozens of children and adults have had carbon monoxide poisoning. The French emergency services marched en masse when Monday morning alarm was beaten, reported the news site 20minutes.

Of the 240 students, 54 were taken to hospital with symptoms of poisoning. Also, six adults have been recorded.

Carbon monoxide probably came from a faulty gas heater whose exhaust substances did not go out but ended up in the school.

Carbon monoxide poisoning takes care of headaches and nausea, and can in severe cases lead to death.