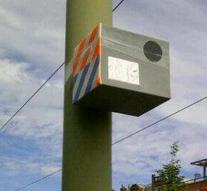 - Along the highways in Wallonia come to be much more speed cameras. Now there are a hundred, but that there should be three hundred within two years. So says the Walloon Minister for Public Works, Maxime Prévot, sat in the newspapers Sudpresse. The flash cameras should make traffic on the highways safer.

Dutch regularly make use of the highways in Wallonia. Thus, the road Maastricht- Liege-Bastogne especially during holiday a heavily traveled route to France.