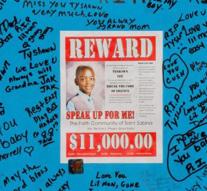 - Nine years was Tyshawn Lee when he this week by gang members in Chicago was framed and executed in an alley, because his father is a member of a rival gang.

The male was probably on his way to the home of his grandmother and intercepted in the head and the back shot. Superintendent Garry McCarthy from the Chicago police speaks of " the most cowardly and unimaginable act " in the 35 years that he 's a cop.

McCarthy says that the execution of children is part of a series of revenge attacks between two gangs, which would last for months. The father of the boy, Pierre Stokes, would not cooperate with the police. Denies Stokes, which incidentally leaves open the question whether he is a member of a 'gang'. " The police have spent more time tracking down me, then searching for the perpetrators. "

Meanwhile a reward of $ 35,000 is available for the tip that leads to the arrest of the perpetrators. In the alley where Tyshawn was shot to death, a memorial place is decorated.