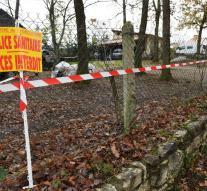 - Two new outbreaks of bird flu have been detected in France, one in the department of Gers. That means that the highly contagious disease reaches a fourth region. That the Ministry of Agriculture announced Thursday.

France is the largest agricultural producer in the European Union. In late November of bird flu was found in chickens which someone in the Dordogne in his backyard loved and since then grabs the disease around.

The bird flu has profound implications for the French region where foie gras (goose or duck) is produced, especially because the disease is determined shortly before the sale of the delicacy reaches its peak around the holidays.

Twelve outbreaks have now been established, in the Dordogne, Landes, Gers and Haute-Vienne. The trade in live poultry and products between France and other countries is therefore restricted. This applies, for Japan, the largest importer of French foie gras.