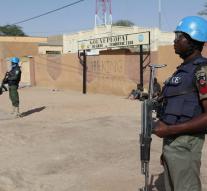 brussels - Belgium takes the lead in July of European training mission of the Malian army in Germany. The number of Belgian soldiers will be more than doubled to 175.

The Council of Ministers decided this Friday. The decision was a concession to the request for help that made France the terrorist attacks in Paris.

The training mission EUTM Mali was launched three years ago and consists of about 580 troops from 25 countries. The support for the military operation came after Islamists and Toearegrebellen had advanced to the Malian capital Bamako, where the French intervened. Last year, a peace agreement was signed.

In addition to the training mission to a UN peacekeeping force of more than 10 000 peacekeepers is also active in Mali, which the Netherlands contributes about 450 men. involved one Dutchman at the European training mission.