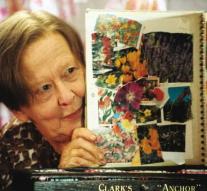 brussels - The Belgian actress Dora van der Groen is deceased Sunday at the age of 88. This Vaamse media Monday reported on the authority of her family.

Those born in 1927 in Antwerp Van der Groen played except in the theater as the Brussels Royal Flemish Theatre in numerous films and television series. Van der Groen was also active as a theater director and-pedagoog.