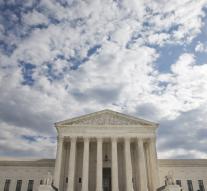 - A man from Chicago faces a prison term of five years because a loaded firearm was lying in his house. His six-year old son used the pistol during game play to shoot his younger brother dead.

The fatal shooting took place while the man was at work. The grandfather of the boys kept an eye on, but would not have known there was a gun in the house. According to CNN, the father had to show the child where the gun was hidden and tapped him on the heart that only adults were allowed to use it.

The 25-year-old father will appear Friday in court. According to Justice, he put his children in danger. The lawyers of the accused stress that the man and his wife are devastated by the death of their three year old son.

The man, a former gang member, had the weapon in his own words bought to protect themselves. Prosecutors had raised him according to American media as a witness in a murder case against another member of the gang.