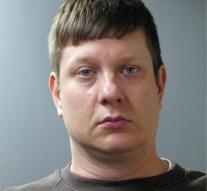 - The white police officer Jason Van Dyke is accused of murdering a black boy in October 2014 in Chicago, a case that caused a lot of controversy in the United States. The seventeen year old Laquan McDonald died sixteen bullets from the weapon of the agent.

The judge decided Tuesday that Van Dyke may not be released on bail because of the seriousness of the case. Wednesday the recordings are released that are created from the police car of the shooting. In anticipation of the City of Chicago has met with representatives of the black community in the city. Mayor Emmanuel is concerned about riots after the images have been released.

Van Dyke has always defended his actions by saying that he felt threatened because the boy had a knife.