Home / Tech / 8 tips to watch movies on your tablet 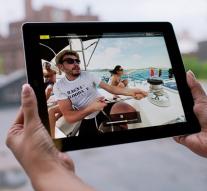 - However, your tablet is ideal for watching movies, there are numerous ways to do this. You can install an app from a streaming service, extra content from your TV provider online or store movies on your tablet for later viewing. In this article you can read the best options.