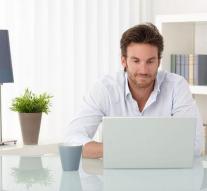 hilversum - In spite of special computer systems and trained staff that have to deal with fraud, it is easy to place fake reviews on comparison sites on Zoover and Tripadvisor. That is what the television program Kassa (BNNVARA) reports on Saturday based on own research.

In a matter of weeks, the editors knew to bypass security and put false reviews on a non-existent apartment in Spain. All twenty submitted fake reviews about an apartment in Altea, Alicante, were accepted on both sites on the so-called review platforms. To avoid attacking the comparison sites, the reviews were sent from different locations and computers. The language usage was also different from each other.

Zoover said in a response that it has now tightened anti-fraud measures. But Tripadvisor calls it a '' meaningless experiment '' of Cashier because the filters at existing apartments had worked.