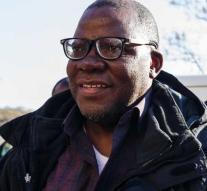 harare - The head of the Zimbabwean opposition Tendai Biti has been indicted in his own country for the role that he would have played in the out of hand protests against the election results. Tendai appeared in court on Thursday.

Former Minister of Finance Biti had applied for asylum on Wednesday in neighboring Zambia, but that country did not grant his request. The Zambian authorities handed over Biti to Zimbabwe on Thursday.

The opposition politician has not only been charged with involvement in violence in the aftermath of the presidential and parliamentary elections in late July. He is also accused of giving wrong information about the result.