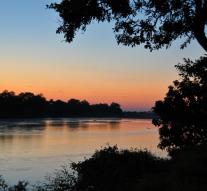 It is, ZESCO not yet clear what caused the power cut this time. On December 11 led to a technical failure for blackouts in most of the country. That the next day could be remedied.

The country has big problems with electrical power. Most power is generated using the Kariba dam which lies 140 kilometers south of the capital Lusaka. But because of the exceptional drought in southern Africa the water level drops in the reservoir and electricity generation.