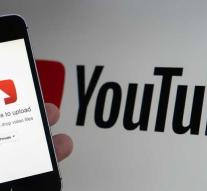 mountain view - YouTube has in the past few days intervened against pedophiles, who posted reactions under innocent films of, for example, sports children.

More than four hundred channels have been removed for posting inappropriate responses and thousands of such comments have been removed. Tales of tens of millions of movies with children can no longer be posted, according to parent company Google.