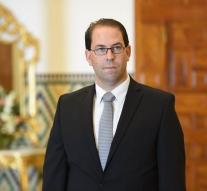 - The Tunisian President Beji Caid Essebsi on Wednesday appointed a new prime minister. It is the former Minister for Regional Affairs, Youssef Chahed. He has the support of various government parties, said a spokesman for the president.

The appointment became necessary after parliament last weekend had lost confidence in the former Prime Minister Habib Essid. Parliament found that Essid did too little against the economic crisis.

The new government's chief agricultural economist and professor. The 41-year-old Chahed comes from the secular party Nidaa Tounes, like the president. He must form a government of national unity which has Tunisia from the economic trough.


In opposition, the appointment is not uncontroversial. The opposition parties had rather seen someone with more experience. Also on social networks was criticized the nomination because Chahed belongs to the president's family.