Home / World / Yet no radioactive material in Ankara 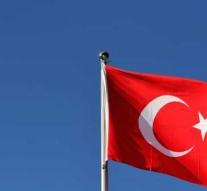 ankara - The substance that the Turkish police confiscated in the capital Ankara does not turn out to be radioactive material. It is a chemical compound that does not radiate radioactivity, concluded the Turkish organization for nuclear energy TAEK.

The police thought they had taken almost one and a half kilos of the radioactive element californium-252. Four people were arrested who wanted to sell the 'nuclear material' for 70 million dollars. TAEK, however, found that it is an innocent connection

Californium was first made synthetically in the United States in the 1950s. Nowadays it is also produced in Russia. It is used, among other things, for the initiation of nuclear reactors.