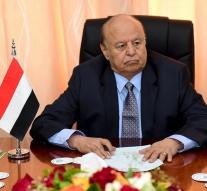 - President Abd- Rabbu Mansour Hadi of Yemen has made ​​a proposal for a truce of seven days in his country. The cease-fire must begin on December 15, the president wrote in a letter to Secretary-General Ban Ki-moon of the United Nations (UN).

The cease-fire will be held on the day that in Yemen peace talks backed by the UN. Hadi, the international coalition led by Saudi Arabia, which implements in Yemen air raids on positions of Houthi rebels, was informed of the ceasefire.If all parties adhere to the file, it will be automatically extended, Hadi wrote in his letter.
NEW