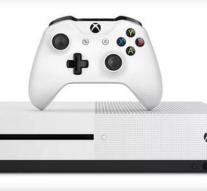 - Users of the Xbox One can after installing the latest update for their console games and media download faster than before. According to Microsoft, the gain in speed can be up to 80 percent.

The latter also applies if the user has an Internet connection of 100Mb / s or faster. But underneath speed gain is achieved. This allows downloads at speeds below 100Mb / s go up to 40 percent faster.

Now more and more people download games- and the games now occupy a lot of memory- this update is a smart move by Microsoft.