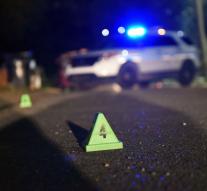 - At least sixteen people have been injured by a shooting at a park in the American city of New Orleans. Ten injured were transferred to hospital.

Local media reported Sunday (local time) that there are five hundred people in the park were present for the filming of a music video. According to witnesses, there were at least two men who opened fire on the crowd. It is probably a shootout between two gangs, police reported based on witness statements.

The police were already en route to the park, because there were reports of a brawl. The gang members shortly after the shooting ran away. The incident happened around 19 00 hrs local time. The area surrounding the park has been stopped and is being investigated. There have been no arrests yet made.

In the park at the time of the shooting, no children are present. The crowd consisted of people who came for the shooting of the video, and people walked along the park after a parade just down shortly before had ended.