Home / World / Wounded at outbreak in prison VS 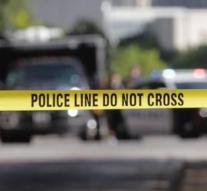 new york - In American Elizabeth City an outbreak has occurred in a prison.

Detainees have burned fire inside prison. Several employees were injured, writes the Department of Public Safety.

Security services are currently working. Authorities can not confirm much against American media, except that there have been 'multiple' casualties. More on this later.