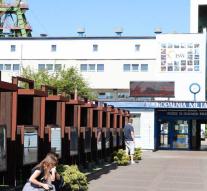 warsaw - Rescue workers search in a mine in the south of Poland for four missing miners. Due to an earthquake, on Saturday afternoon, seven companions were stuck at almost a kilometer deep in a coal mine in Jastrzębie-Zdrój, on the border with the Czech Republic.

Two of them are freed from the mine after hours of operation and rescue workers are in contact with a third party.

A spokesman for the emergency services said to television channel TVN24 that the work is complicated by a high concentration of the poisonous gas methane in the mines. The two rescued miners are seriously injured. The cause of the quake is not known.