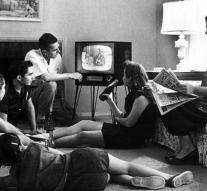 - Holidaymakers and expats can look everywhere Dutch and Flemish television programs on a tablet or smartphone through an app BVN.

BVN via satellite already broadcasts a few years a selection of the television offer of NPO and VRT. But this news, current affairs and sports programs to be viewed on a television with satellite receiver. From beginning to follow this year's supply via a live stream on the website of BVN and now also via an app.

Outside the Netherlands and Belgium are the BVN programs 24 hours a day to see through the app. In large emergencies BVN broadcasts by NOS and VRT reporting live.

The app is free to download for iPhones, iPads and Android devices.