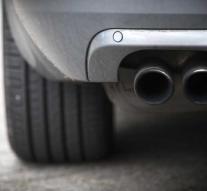 geneva - The amount of carbon dioxide (CO2) in the atmosphere has risen to a new record last year. The World Meteorological Organization (WMO) of the United Nations reports that in 2017 405.5 ppm (parts per million) of CO2 were measured. A year earlier that was still 403.3 ppm and in 2015 was 400 ppm measured.

'There is no question of a turnaround in this rising trend. The rise will in the long term lead to climate change, rising sea levels, acidification of the oceans and more often extreme weather ', warns WMO Secretary General Petteri Taalas.