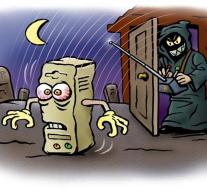 - A huge network of hijacked computers are decommissioned. The botnet consisted of hundreds of thousands of infected computers around the world. They were also used for cyber attacks on Internet banking. The damage is probably hundreds of millions of euros, but the enormity is difficult to calculate. 'Avalanche' is probably one of the largest botnets in the world.

Only in Germany did the perpetrators already acquired more than 50 000 computers. According to Europol infected computers in 180 countries. The investigation into the botnet lasted four years. In total, thirty countries were involved in the operation, including the Netherlands, Belgium, the United States, but also countries such as Belize and Moldova.

The perpetrators made since 2009 using the Avalanche network. They sent over a million phishing and spam e-mails per week. If someone opened the attachment, that computer was infected.

The German authorities are particularly Windows computers and Android smartphones hijacked, but also iOS smart phones, Windows phones and Linux systems may be contaminated. There is no evidence that smart devices like webcams, printers and TVs are infected.

German study found that several critical servers in the Netherlands have been used in the actions. These servers are taken offline Wednesday at six different hosting providers, reports the Dutch police.\n  \n  \n   advertisement

Consumers should check and clean their computer right away, says Germany. Namely the malware remains on the hard drive, even though the network rolled out now. It is not excluded that the perpetrators find a way to take over once the infected computers.