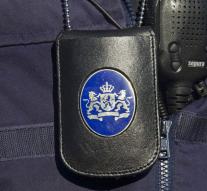 - The work of the FIOD is complicated by storing data in the cloud. It used to be that data is usually stored locally, but today, companies and individuals are increasingly using cloud services. Such information will be stored on remote servers. As media such as computers are seized, is somewhat problematic : the data are no longer physically present in the seized devices.

" The trace of facts can be difficult and complex when using cloud services ", said a spokeswoman FIOD this. Tests may therefore be delayed, because access to the data in the cloud must be legally regulated and that takes extra time. How often that happens, the FIOD can not say.

" The trace of the information finally succeeds often, but it is a lot more complex because it is legally and technically complicated ", the spokeswoman said.

It comes as the FIOD rare that computers seized is found absolutely no useful information. However, the probability exists that the data are subsequently erased from the cloud because it is a surprise effect of invasion is clear. " However, in practice it is often found that the erased data finally be out anyway. "