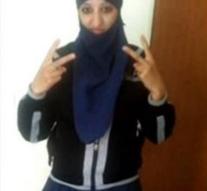 - The woman Wednesday in the French Saint-Denis was killed in the police action, is not the one who blew himself up. This is reported by sources within the police to French media.

The woman's body, Hasna Ait Boulahcen, was found under the rubble of the house that was raided. Now it seems that a man blew up himself. This has not been identified.

Boulahcen is a cousin of the suspected mastermind behind the attacks in Paris, Abdelhamid Abaaoud. He was killed during the police operation.