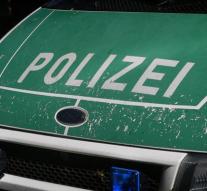 - "The Belgian police Tuesday in a parking lot along the E40 a heavily pregnant woman, two children aged one and four years and their mother freed from a refrigerator at a temperature of-18 degrees. Reported that the Office of Bruges Wednesday."

"The refugees were last at least two hours in the truck and were taken to hospital with hypothermia. They would reach there by people smugglers hidden in an attempt England via Calais. After some time, the company managed to attract the attention of the truck driver who alerted the police."