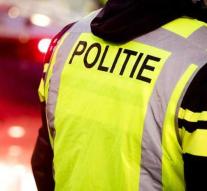 utrecht - A 45-year-old man from Nieuwkoop is suspected of having forced a woman for hours in Breukelen to different locations and raped her several times. He threatened her to later turned out with a fake gun. The woman was left tied up and found by passersby, reports the Public Prosecution Service (OM) Midden-Nederland.

The man threatened the adult woman Thursday morning, March 15 at the Kanaaldijk West in Breukelen, where she was with her car. Under compulsion she was taken away, by car. Whose car that was, the OM does not want to say. The suspect was arrested three days later after intensive investigation by the criminal investigation department and the Public Prosecution Service.

The OM does not want to say anything about the victim, locations and what happened. However, a spokesman says that the suspect was not known about the justice system.

The man has been brought before the examining magistrate and is temporarily stuck on suspicion of deprivation of liberty and rape.