Home / World / Woman 'rises from ashes' after family cremates her 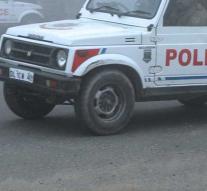 patiala - A 26-year-old woman, whose family thought she had cremated her, returned safely to the Indian city of Patiala four days after 'her' cremation.

According to The Times of India, Naina, as the Indian name, was reported missing. The police found a mutilated body and the family identified the woman as being Naina.

At first the police suspected that the woman had been killed by the man she had left home with. He too had been reported missing. The woman, however, came back together with the man in one piece.