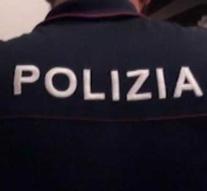 canneto sull'oglio - A Polish woman stabbed a 54-year-old woman in the northern Italian Canneto sull'Oglio and injured three others with a butcher knife.

The 58-year-old woman worked in health care in Italy and would have psychological problems and, in addition, had been drunk. She entered a local museum on Saturday and immediately killed a staff member of the museum.

Then she went to the market square and lit up everyone who came close. Bystanders overpowered the confused woman and handed it over to the police, reported local media.