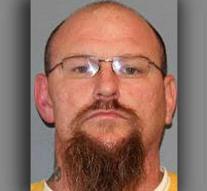 colorado - A woman from the American state of Colorado has brought her husband back to prison. He was suddenly at the door after he was unjustly released. Guards would accidentally have the 38-year-old James Rynerson as the prisoner who was allowed to celebrate his freedom.

The man who should have been released was the 35-year-old Marvin March who was temporarily housed in the cell at Rynerson because of a renovation of the prison. At the time that guards wanted to pick up the man, March was back to his original cell, but that had not yet been adjusted in the paperwork of the prison. This is how the Daily Mail reports.

None of the prison staff checked the prisoner's wristband, and Rynerson, in his turn, played dump. The penny did not belong to the guards until March when one of the men pulled his jacket to ask when he would be released.

The wife of Rynerson was in shock when her husband, who had been detained since the end of May because of disorderly behavior and the disruption of public order, suddenly came to the door. When he explained to her how he had gotten free, she brought him straight back to prison.

Rynerson is stuck again and may now also be prosecuted for having committed identity fraud, theft and an escape attempt.