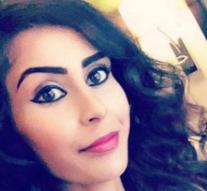 doncaster - A British woman was arrested at the airport in Doncaster because they had read a book in the Syrian aircraft. The 27-year-old woman was engrossed returning from her honeymoon in Turkey in a book on Syrian art. At customs at the airport she was taken out of the queue and interrogated under the terms of the British Terror.

Faizah Shaheen, a Leeds-born Muslim, said Thursday told The Independent that she works in the psychiatry and its function exactly is responsible for the prevention of radicalization among young people.

The police, the woman let go again after fifteen minutes. She plans to file a complaint against the police and the airline had pointed to her 'suspicious behavior'.

The woman was engrossed in flight in a book on Syrian art.