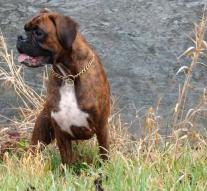 greenville - A 52-year-old woman was bitten to death by her own dogs in the American state of South Carolina. She was severely battered by the animals in her front garden and died seven hours later in the...

According to local residents, the woman 'struggled' with her pets when it suddenly went horribly wrong. Why the dogs became aggressive is not clear. The woman sustained serious injuries on her arms and upper body and lost a lot of blood.

Neighbors of the woman managed to remove the dogs from the woman by attacking them with axes and shelves. Local authorities described the dogs as a 'boxer mix'. The dogs are finished.