Home / World / Woman (49) got rid of cancer with new therapy 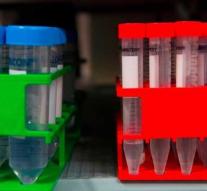 miami - A woman with terminal cancer has been cured using a new therapy. US researchers report this on Monday. Judy Perkins (49) had three months to live when she started the experiment with body immune cells. She is now two years later and there is no trace of cancer in her body.

According to the researchers, as many as 90 billion cancer-killing immune cells were pumped into her body. The doctors of the authoritative US National Cancer Institute report that the therapy is still experimental, but that it has the potential to become the cure for all forms of cancer.

Florida-based Perkins had breast cancer at an advanced stage and could not be helped with conventional methods. In her liver she had a tumor the size of a tennis ball. The cancer was also metastasized.

'About a week after the start of the therapy, I started to notice a difference. I felt that the tumor was shrinking. After two weeks, the tumor was completely gone, 'says Perkins against the BBC. She enjoys life again and is busy with backpacking and kayaking.

The technology is described as a 'living medicine' made from body material. 'This is the most specific personal treatment that you can imagine,' says Dr. Steven Rosenberg. 'However, much research is needed before it can be used on a larger scale. '

Other doctors also emphasize that a lot of work still needs to be done before the treatment can be applied on a large scale.

More details about the healing can be found in a publication in the scientific journal Nature Medicine.