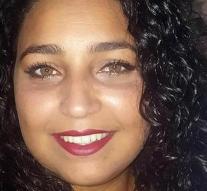 sevilla - A 25-year-old Spanish woman who had been hospitalized in Seville from her third daughter, died just after birth when the hospital bed of the woman stayed stuck in the elevator.

The Spanish was from the second floor on the way to the third, when it was terribly wrong. The head of the woman was squeezed, causing the victim to be decapitated. 'She was literally torn apart,' according to local authorities.

Accessible firemen who tried to free the woman spent two hours there. The victim had not been saved for a long time.