Home / World / Wolves are back in Germany 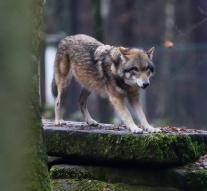 - The population of wolves in Germany is expanding more and more. Predators came long time, but now they feel at home again in the country. Spread over Germany now walk about 400 wild animals, treasure biologist Britta Habbe. She collects the observations of wolves.

The fall of the Berlin Wall in 1989 the return of the wolf led. Through the east of the country they moved into Germany. Especially in the states of Saxony, Brandenburg, Lower Saxony and Saxony- Anhalt are a lot of animals around. They are protected in Germany and therefore should not be hunted.

Across Europe live according to the World Wildlife Fund, more than 10 000 wolves. Russia is thereby excluded.