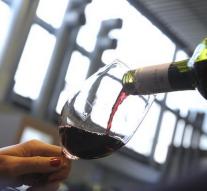 - The trial may proceed with a mixture of shops and restaurants. The Association of Dutch Municipalities do not have to stop the pilot, takes the court in The Hague. The clothing which serves a customer a glass of wine, may continue to attend with them.

The court finds the role of the VNG limited as an umbrella organization. It is up to the individual local authorities to participate in the trial.,, The Slijter Union insufficiently demonstrated that VNG does something that is not, 'said the court.


Whether the individual municipalities acting unlawfully if they participate in the pilot, to be answered by the administrative court, according to the statement.

The VNG feels that strict compliance with the Licensing and Catering is often not practical.,, The law dates back to the thirties and has not kept up with developments in society, '' said Mayor Peter Verhoeve Oudewater earlier this year in an interview with VNG Magazine.