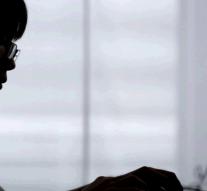 - The government wants to expand the possibilities to detect potential terrorists. This is contained in the anti-terrorism legislation which has sent Friday to the House. Public Prosecution Service and the police will be able to do remote computers surreptitiously investigation of criminals or terrorists.

There are insufficient opportunities to gather passwords, according to the Cabinet. Undoing encryption of data is difficult. Illegal actions of terrorist organizations can not be countered well.

The prosecution and the police can record data or make it inaccessible, but also observe and draining. Everything should be under strict conditions.

Plans further a reporting obligation, exclusion order or a restraining order because of certain suspicious behaviors, such as " remarkable interest in certain objects or events " of people who have suspicious contacts.

Another plan provides for passports and identity cards expire automatically if a ban is imposed by the Minister of Security and Justice. Furthermore, there is a bill that will make it possible without a criminal conviction to withdraw Dutch citizenship of jihadists with dual nationality who fight alongside abroad with a terrorist organization.