Home / World / Why Jihadi John was not arrested 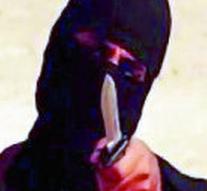 amsterdam - The reactions to the probable death of Jihadi John are mostly satisfied, but there is also criticism. Labour leader Jeremy Corbyn and Reg Henning, brother of the beheaded Alan Henning, say they are both disappointed that the Briton born in Kuwait Mohammed Emwazi as Jihadi Johns real name, does not have to answer to a judge.

However, the " anchorman " of the arrest execution videos of the Islamic State was virtually impossible, defense and security expert Shashank Joshi presents on the website of The Guardian. " The attack took place in the town of Raqqa," analyzes Joshi. " In July 2014 has tried to free hostages near the city ; which resulted in a three-hour firefight. The hostages were not found. Emwazi found himself in a more crowded area, which made ​​the risks of a large-scale arrest higher. "