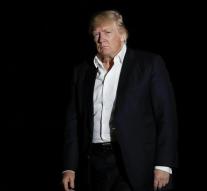 washington - It remains unclear whether President Donald Trump withdraws his country from the Paris climate agreement. A planned meeting on this issue has been delayed, said a US government official.

Top advisers from Trump and Cabinet members would discuss in the White House on Tuesday whether Trump should keep its campaign promise. He said in the run-up to the elections to cancel the US's participation in the climate treaty. Foreign leaders have called him not to do anything.

The president has promised to cut the knot before the G7 meets at the end of May. During the meeting in the White House, several sources had to lay the foundation for a formal proposal to Trump. It is still unclear when his advisors are still consulted on the climate agreement.