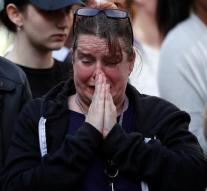 manchester - The British police arrested a fifth person for the suicide bombing in Manchester. 'The man carried a package with him,' reported the police.

Police officers arrested the man in Wigan, 27 kilometers west of Manchester city center. The police are still looking for what's in the package. It is still unclear where the detained man is suspected.