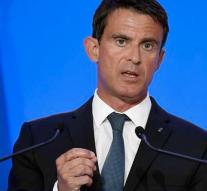 - "For the thirteenth time in over half a year to go Frenchmen Thursday to the streets to demonstrate against the amendments to the Labour Code. As with previous protest days are opponents of this reform in Paris on the Place de la Bastille, and they go to the Place de la Republique."

"There are strikes declared and are estimated to reach hundreds of sites expected across the country demonstrators. For now several organizations reported that there were no major problems. Public transport in the French capital is normal. The railways hardly notice of a strike. Some airlines have decided as a precaution to reduce the number of flights to and from France because air traffic controllers strike."